No one is good; no one is evil;

in the same way and in different ways. …
It is so small a thing, the life of a man,

and yet there is time to do great things,

fragments of the common task.

1848, the year of revolutions. Beheaded royal families, assassinated politicians. European countries were in radical changes and on 7th of June, Paul Gauguin was born in Paris, the centre of chaos. 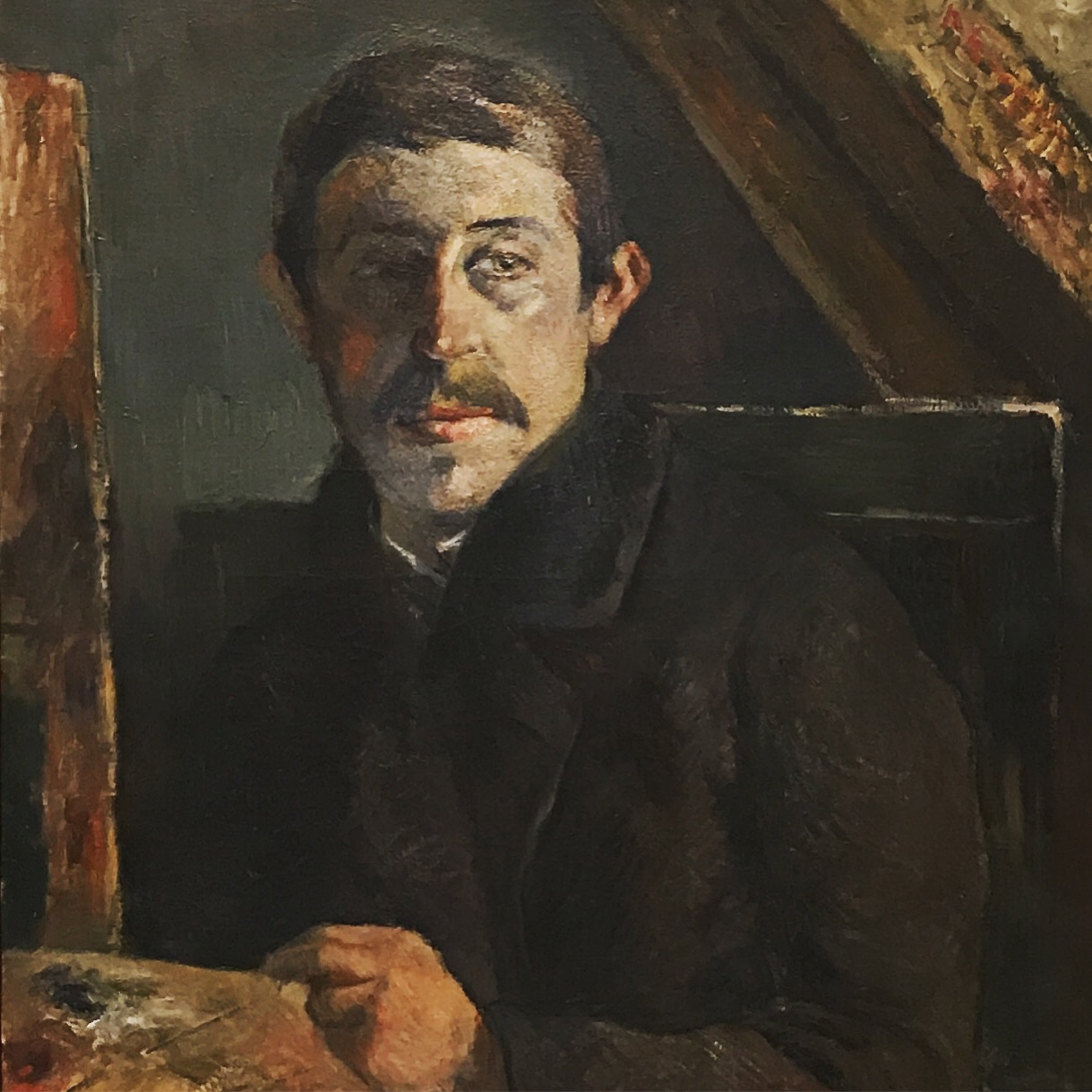 His mother was 22 years old at the time. Gauguin’s maternal grandmother Flora Tristan was already dead for 4 years. She was a famous social activist, a writer and also a feminist. Gauguin idolised her grandmother so much that he kept copies of her books with him until the end of his life. 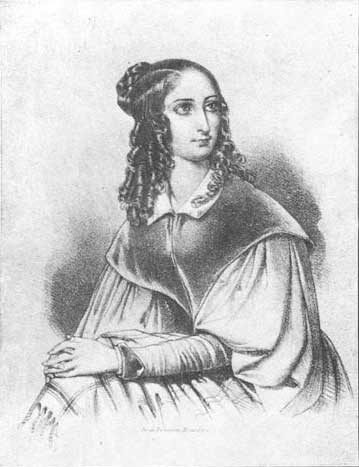 When Gauguin was about 18 month old, his father died of heart attack. The whole family was well looked after by his mother’s paternal granduncle, whose son-in-law may become the president of Peru shortly. Young Gauguin was attended by nursemaids and servants. His life was privileged and that may be the reason he was self-centred when growing up. 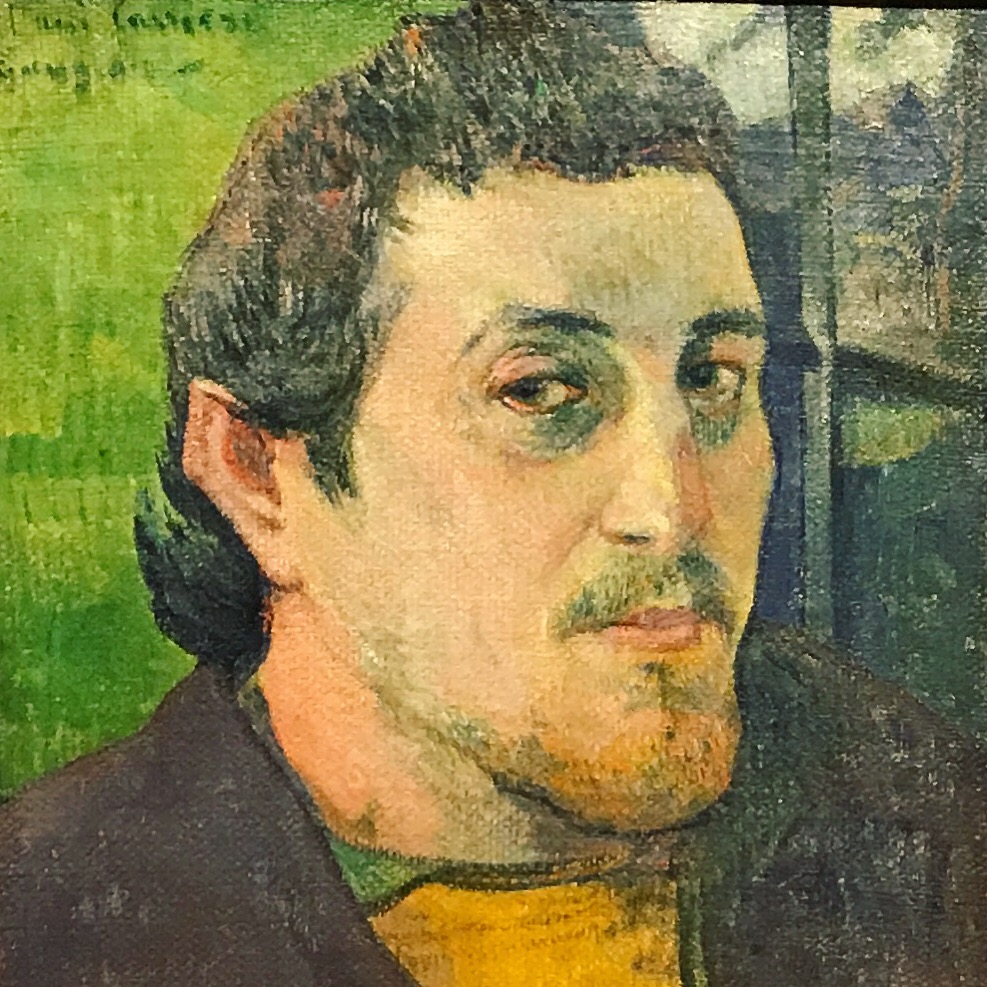 1867, his mother also died. Gauguin returned to Paris in 1871. A close family friend helped secure him a job as stockbroker. Gauguin was 23 and life looked good ahead. He got married with a Danish girl Mette and without any delays, they soon had a big family with 5 children. 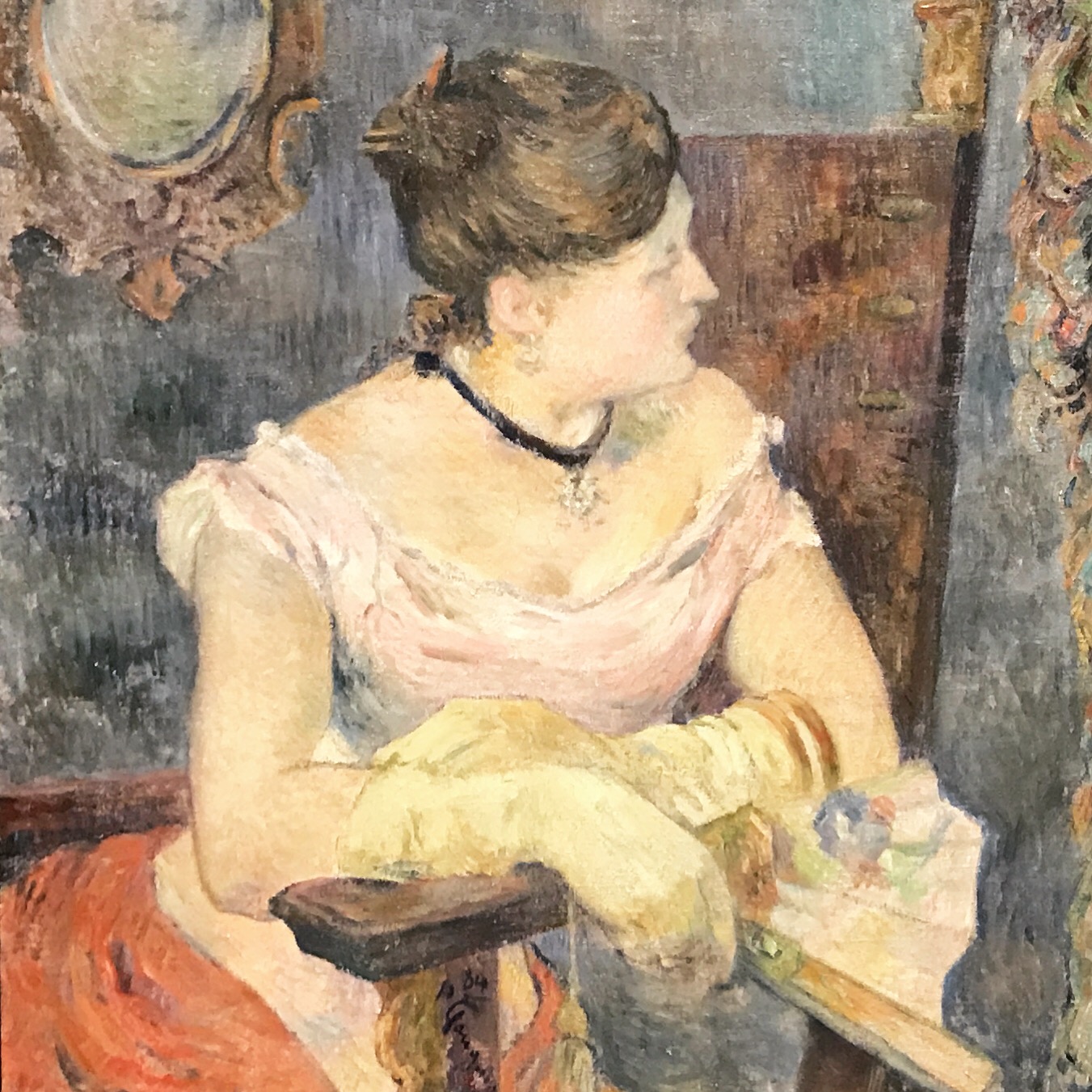 If the Paris stock market did not crash in 1882, or if Gauguin did not know the artists, for example Camille Pissarro and Paul Cezanne, he may just find another job and continued his middle-class life, peacefully and happily. There was no “if” though, and Gauguin was decisive to take a different path – to be a full time artist. 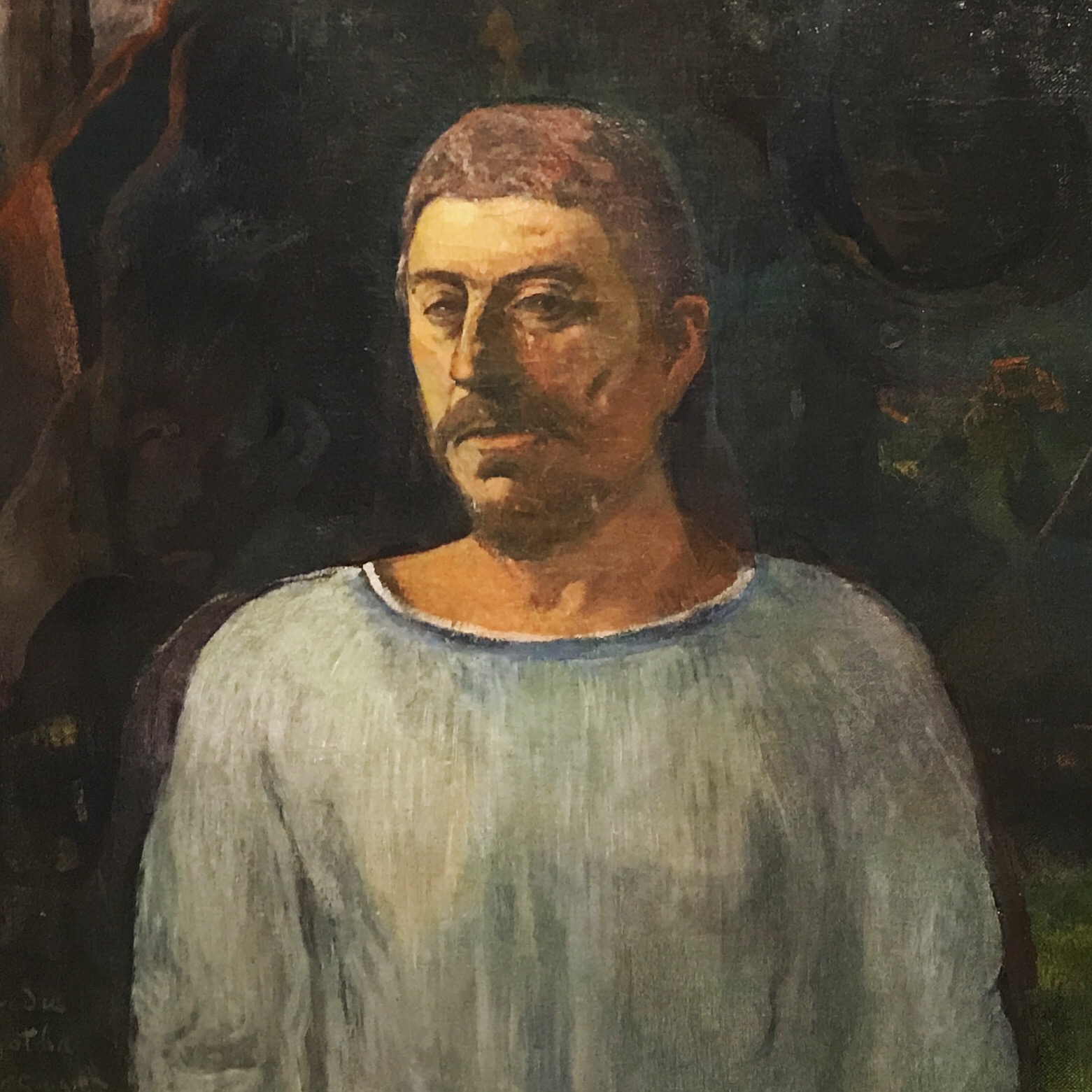 1885, a year of division of Gauguin and his family. His wife and 4 children stayed in Copenhagen but he had to go back to Paris, with his 6-year-old son Clovis. They struggled in poverty at the beginning and Clovis was ill. Gauguin’s older sister Marie gave them some money to send Clovis to a boarding school. Gauguin was then able to focus on painting. 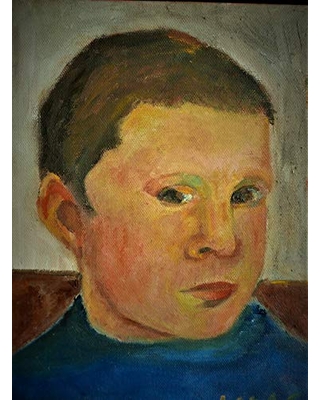 1886, the eighth and last Impressionist exhibition in Paris. Gauguin exhibited 19 works but only 1 sold. In the meantime, he did not appreciate Seurat’s Neo-Impressionism Pointillist techniques. He also broke with his dear friend Pissarro. Paris was not kind to Gauguin any more and he wanted to escape. Brittany was the first stop where he was looking for purity to create his own works. Surprisingly as well, he was respected by young students there and his style was complimented as “Synthetism”. However after staying in Brittany for a while and watching the peasants acted as models to perform “pure” for extra money, he was a bit disgusted. He needed to sail away. 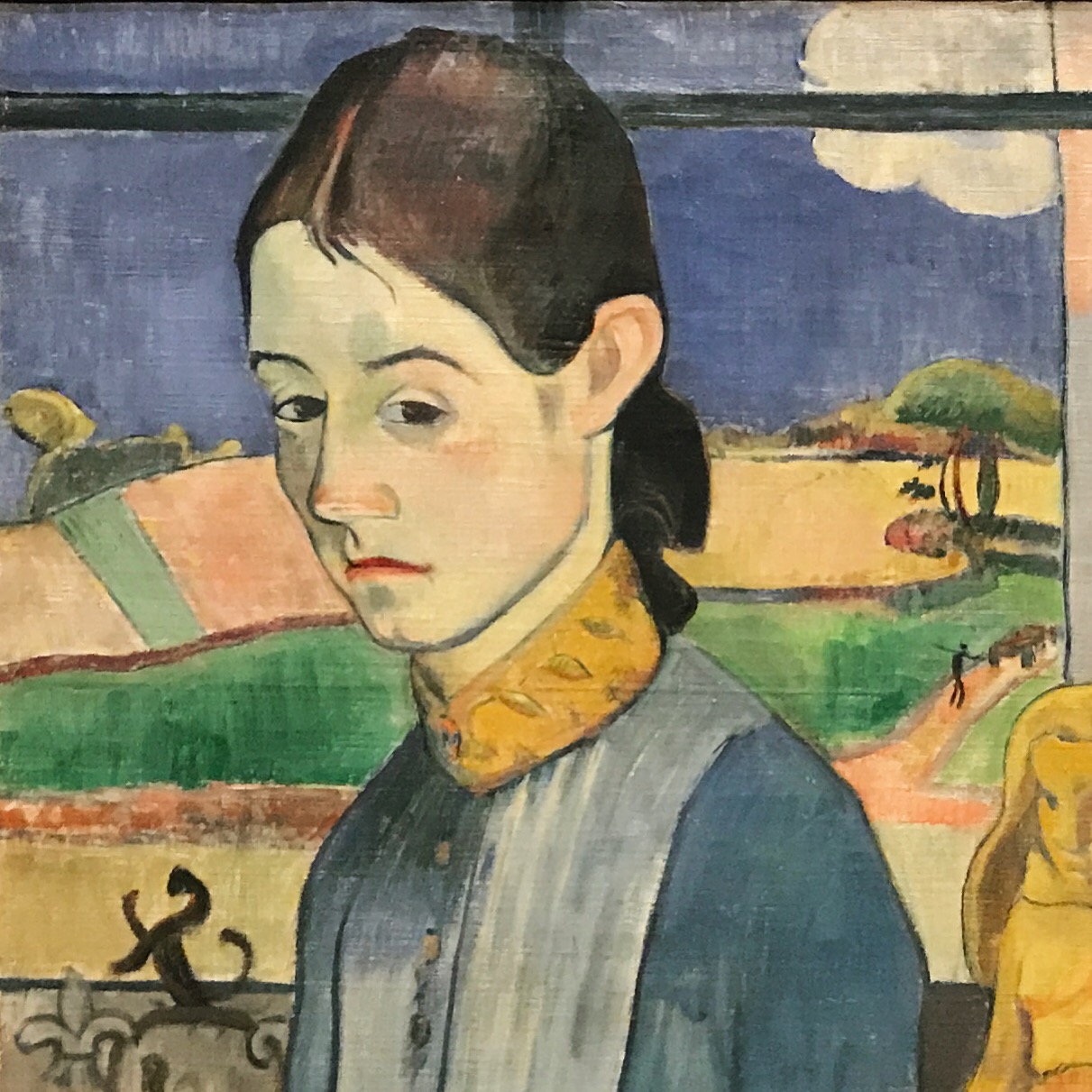 1888, before departure to a new world, Gauguin met Theo van Gogh, the brother and dealer of Vincent van Gogh. Theo bought 3 paintings from Gauguin and introduced him to his brother. The two artists were staying in Vincent van Gogh’s studio in the south of France for a period that was long enough to break their friendship for the rest of their lives. Nobody really knew the reason, on 23rd of December just before Christmas, Gauguin was confronted by Vincent van Gogh with a razor. Later that evening, as we all know, Vincent van Gogh cut off his left ear. He wrapped the ear with newspapers and gave it to a woman working in a brothel that he and Gauguin were customers. He said:”Keep this well, in remembrance of me.” The second morning, Vincent van Gogh was admitted to hospital and Gauguin left immediately afterwards.

They had exchanged letters since then but never had a meeting before Vincent van Gogh died shortly. 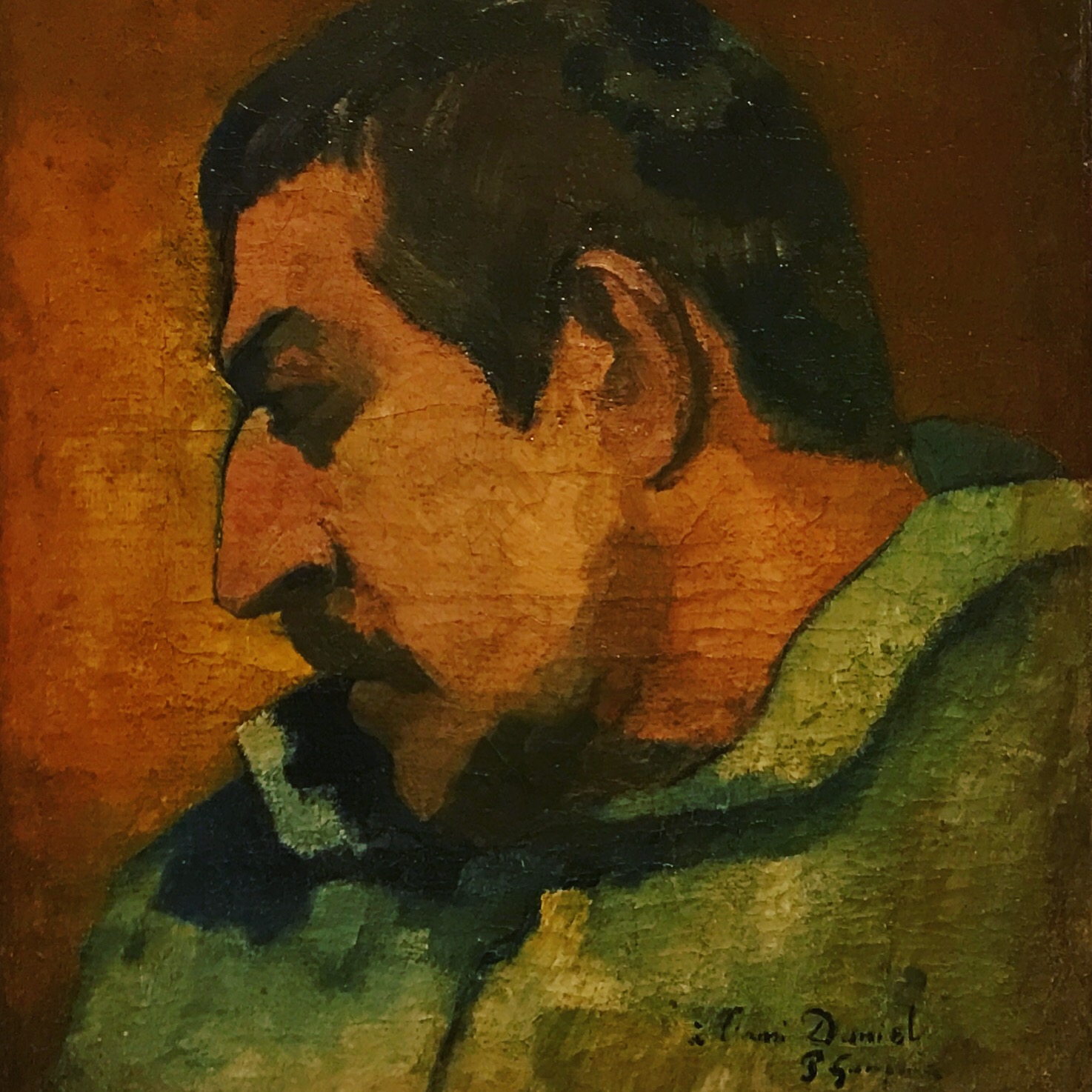 In a video, the two artists were compared with their styles. Vincent van Gogh was a painter dominated by his emotion and passion, with strong stokes. He usually finished a painting rather quickly. Gauguin, on the contrary, was a careful person. He started with lines and drafted in details, then on the second day he laid colours onto the painting.

1891, Gauguin planed to start his journey to Tahiti, a French colony. At that time, Vincent van Gogh was dead already. Gauguin visited his ex-wife and children in Copenhagen. His youngest son was 10 years old. He cannot speak Danish and his son cannot speak French. They sat face to face but cannot communicate at all. “There will be chances he can speak French later.” Gauguin must think like this and I do believe once he returned and achieved fame and fortune, surely he will take the family to Paris again.

However that did not happen, Gauguin never ever saw his family again. 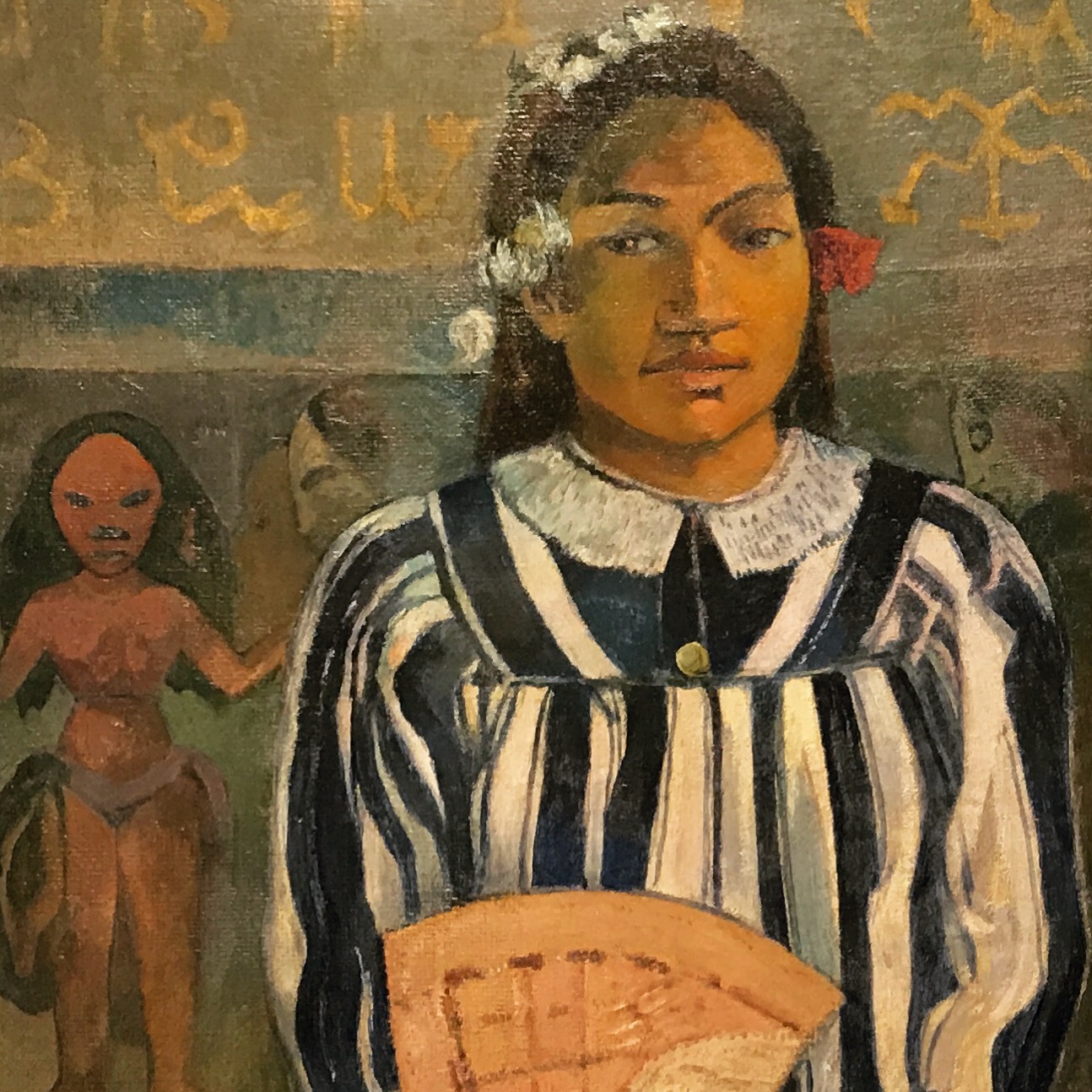 In Tahiti, as a WHITE Westerner, Gauguin had enjoyed his life in many ways that he cannot in Paris. He was well respected. He can create artworks freely as he wanted, taking no consideration of what sophisticated Parisians liked. He also went into sexual relationships with local women. He had sex with 13 years old local girls, married two women, had some local inheritors. 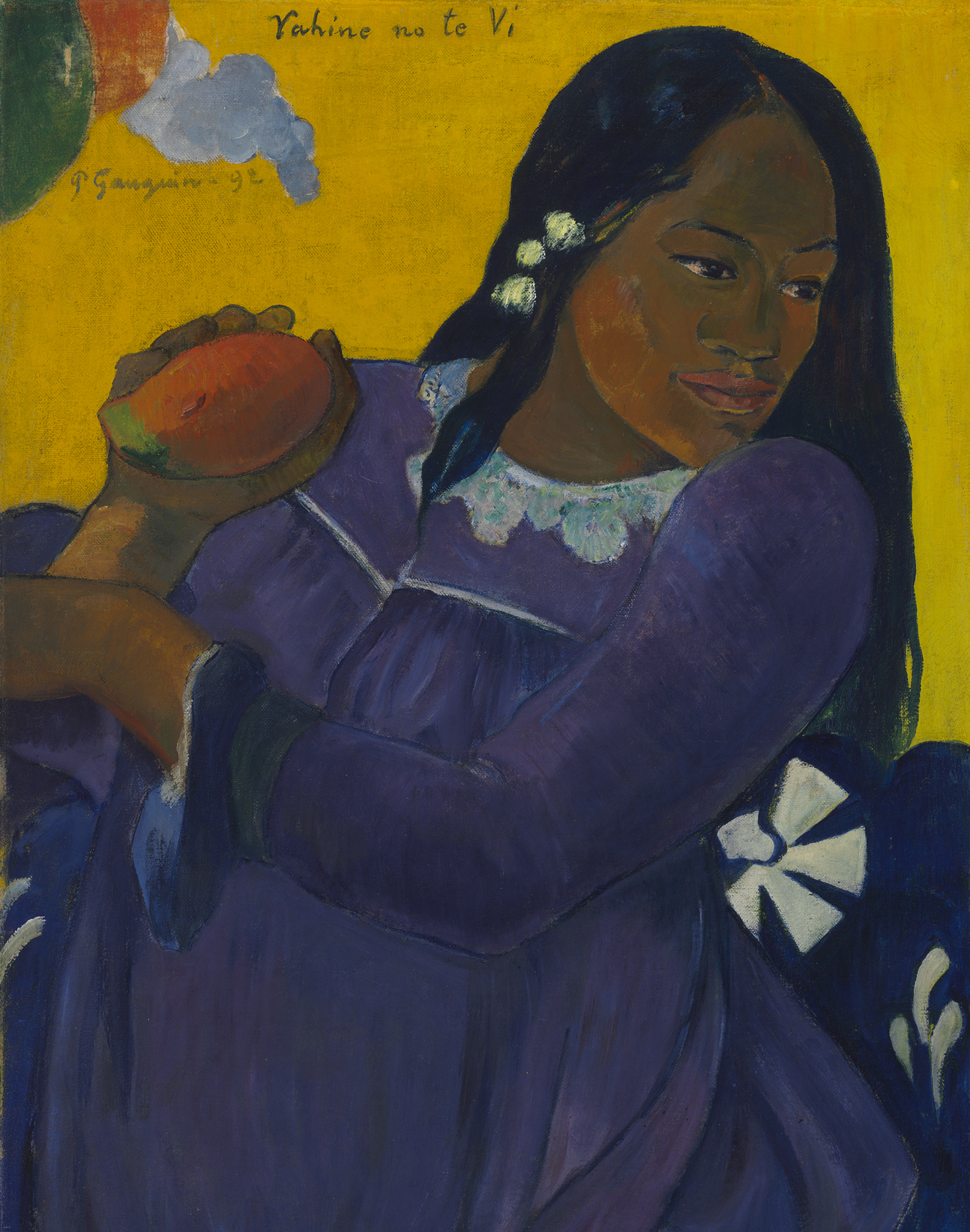 Vahine no te vi (Woman with a Mango), Paul Gauguin, 1892 The Baltimore Museum of Art

1893, Gauguin returned to Paris from Tahiti with great hope. He thought his unique experience will help him regain the reputation in French art societies. To stand out and emphasise what he had, he wore the gowns and clothes from Tahiti. He painted his studio to bright yellow. He depicted a young French girl with the missionary gown of Tahiti. He tried so hard. Regretfully, even so, it all came to vain in the end.

Being utterly disappointed, Gauguin left Europe and never looked back. 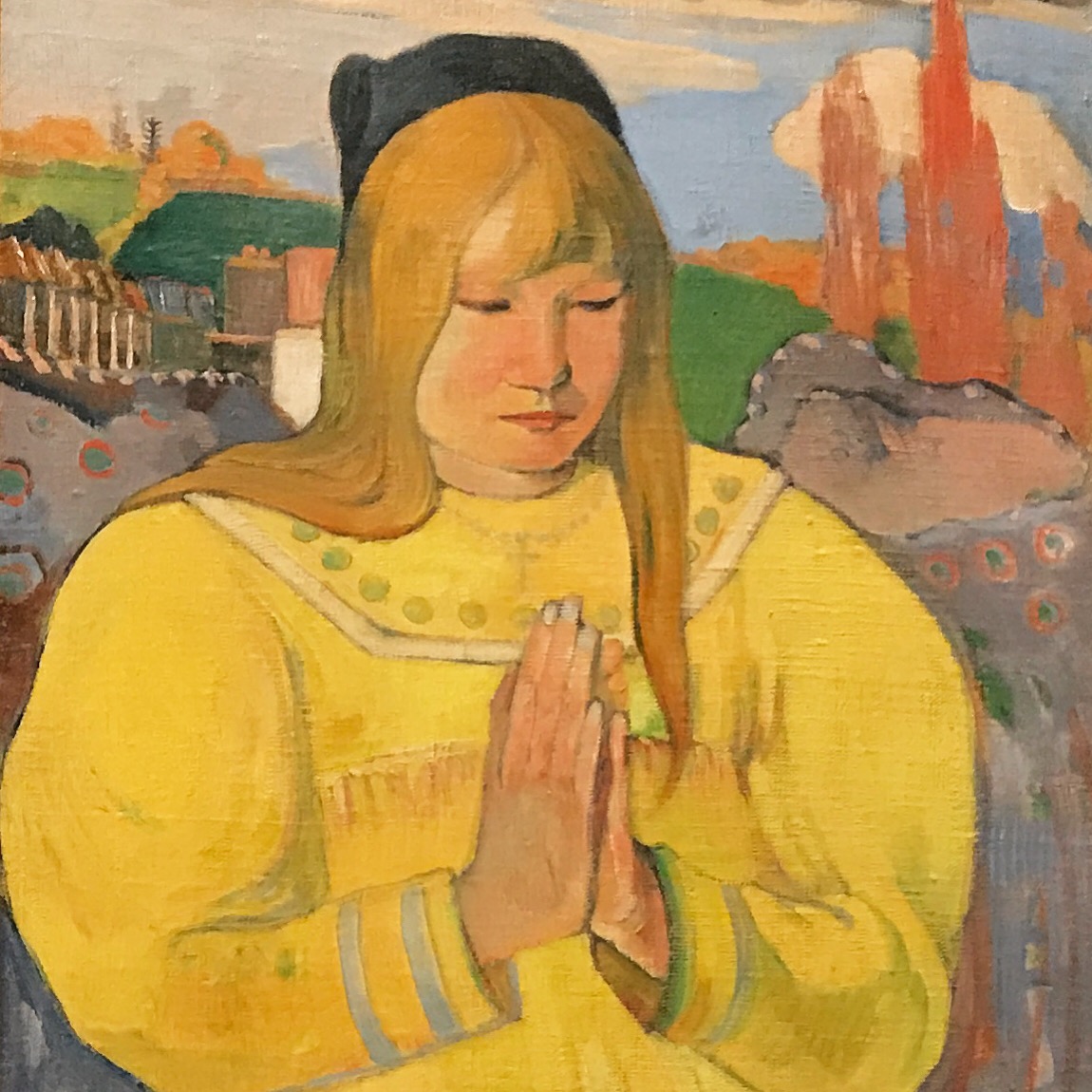 1895, with very low spirit and illness, 47-year-old Gauguin was frustrated in Tahiti. He spent months in hospital. When he heard his daughter Aline was dead, heartbrokenly he committed suicide, unsuccessfully. Life was different, in some way and he asked for some sunflower seeds from Paris. When the flowers were blooming in summer, he sat there and painted them. What was in his mind? Vincent van Gogh? Maybe. The time when he was young and strong, with ambitions and dreams. Now? 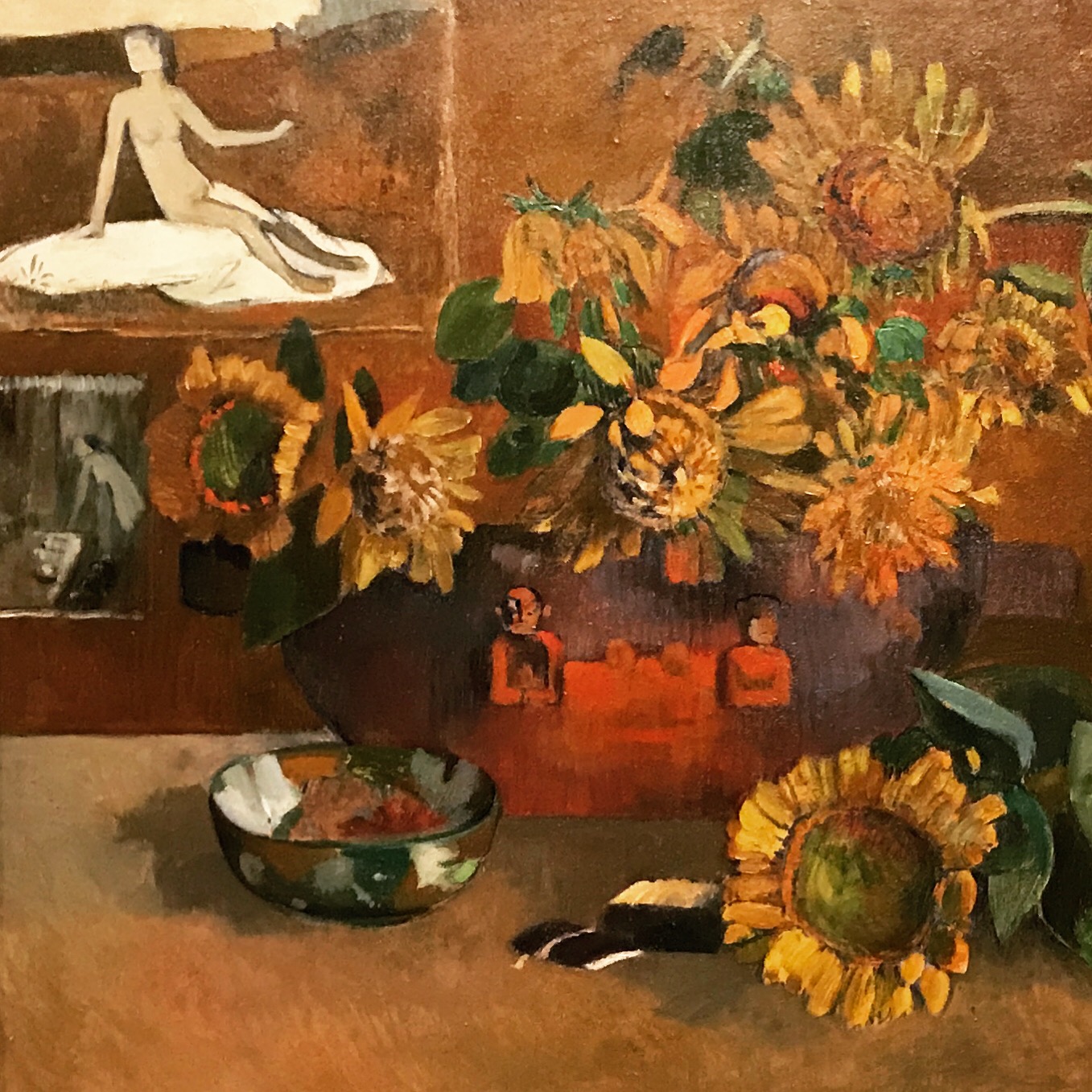 1901, Gauguin moved to Marquesas Island, Hiva-oa precisely. His local wives did not follow. Did it matter anyway? Gauguin built a new studio, and named it “House of Pleasure”. He continued his sexual adventure with local women until 1903 when he died. 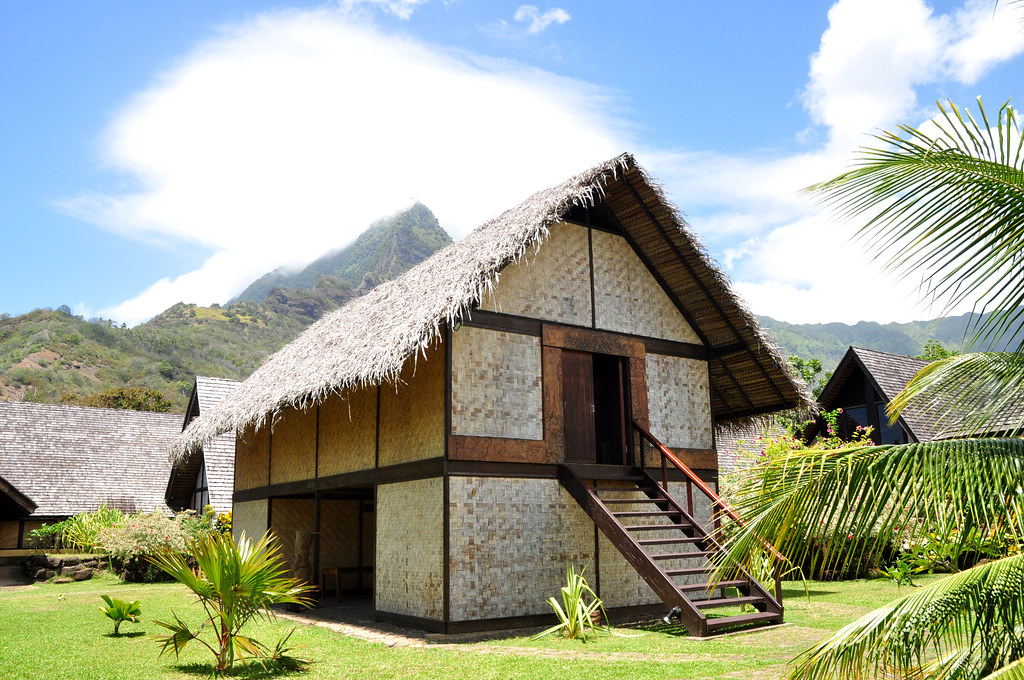 To be fair, Gauguin was slightly luckier than Vincent van Gogh. He had some sale, but not enough to support his life in Paris. When Gauguin converted to a rawer status in Tahiti, he did not rely on painting to feed himself. He can paint freely. But still no one wanted to buy his works. After 100 years, now it is a different story. His “When will you marry?” was sold $210,000,000 on 2014. That was a price Gauguin needed to work for 1,500 years as the stockbroker can afford, if not spending a pence. 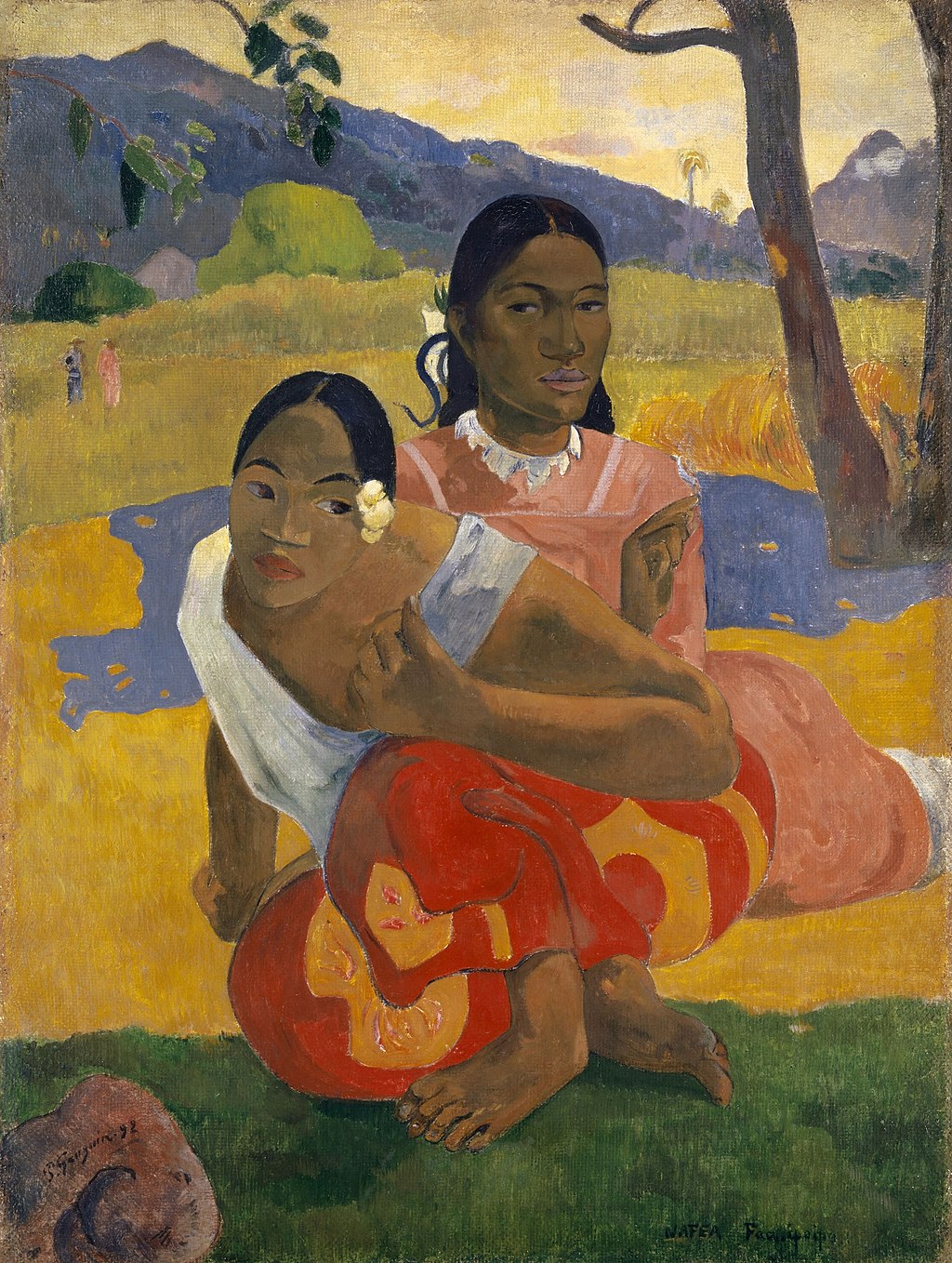 When will you marry? Paul Gauguin, 1892 Private collection

Unfortunately, the paintings Gauguin left for his children were sold very quickly by his family in the early 20th century. If they can keep some for today, the Gauguin family may live in Gauguin’s big dream from the first day he decided to pick up the brushes and became a full-time artist. The dream was to improve the financial situation for the whole family, for his wife and 5 children.

Pitifully, that dream did not come true.

PreviousPrevious post: Lucian Freud: I only turn my unflinching eye firmly on myself
NextNext post:Troy Exhibition: Myth Continues
This website uses cookies to improve your experience. We'll assume you're ok with this, please click Accept to continue.Accept Read More