Unexpected dim yellow light pouring down on me when I stepped into the entrance of the Serpentine Sackler Gallery. From that specific moment, It felt like I was not on the Earth, but somewhere in the space – then the solid stone brick wall I saw dragged me back, and some vastly iron barrels scattered throughout the whole space, unknown fluid dripping from various pipes on the ceiling, on the wall, fell into the barrels, creating a soft rain dripping sound in the quiet, golden space. 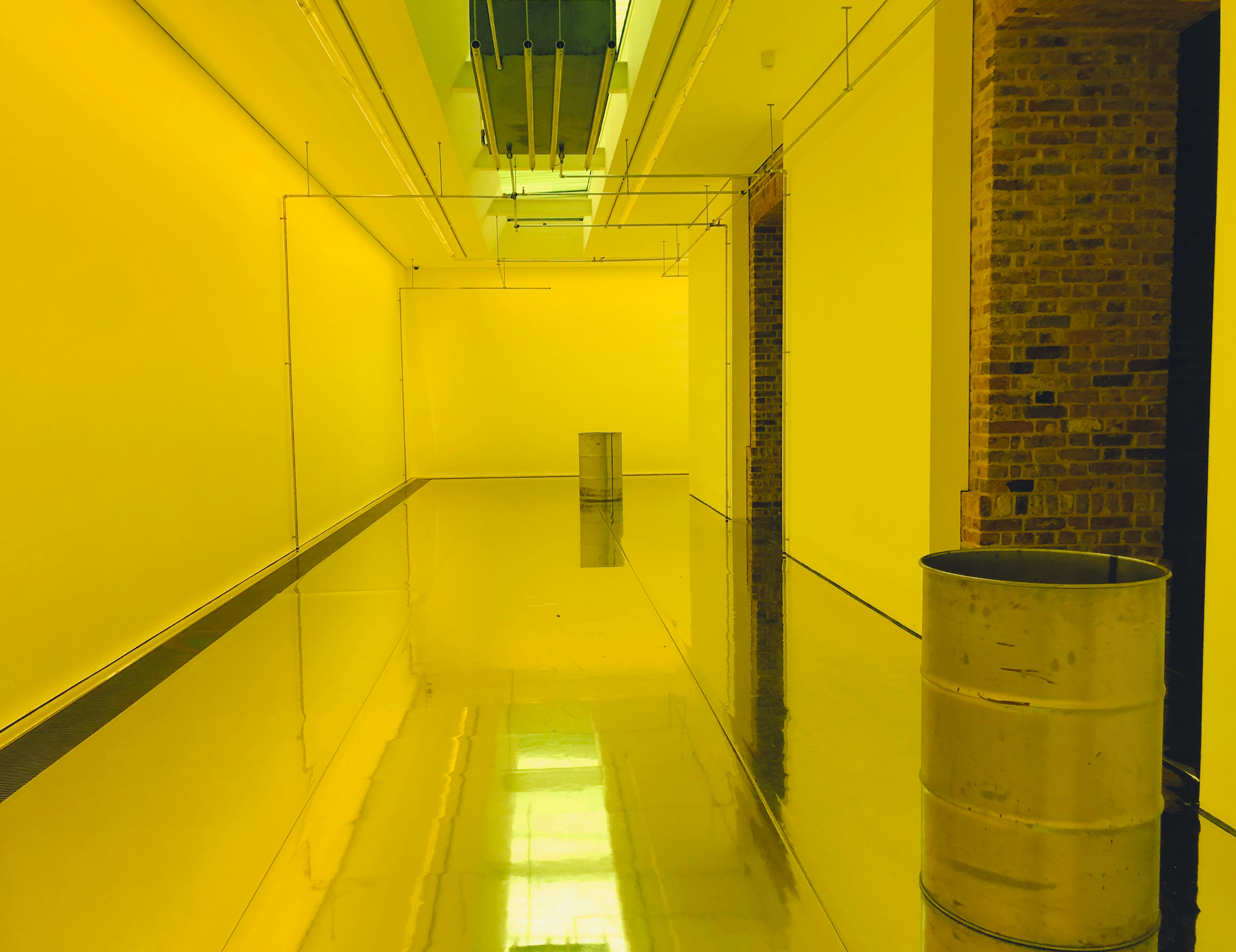 “All of the lighting systems has been modified to be kind of acidic, acrid, kind of toxic yellow.” Staff explained.

It is a human body the artist has built for the audience. The dripping fluid represents acid based on his childhood memory in the UK. Whilst it also means blood and hormones, and sometimes viruses and data. The leakage implies human body wounds caused by violence and harm, totally conveying a silent message of pain and fear. 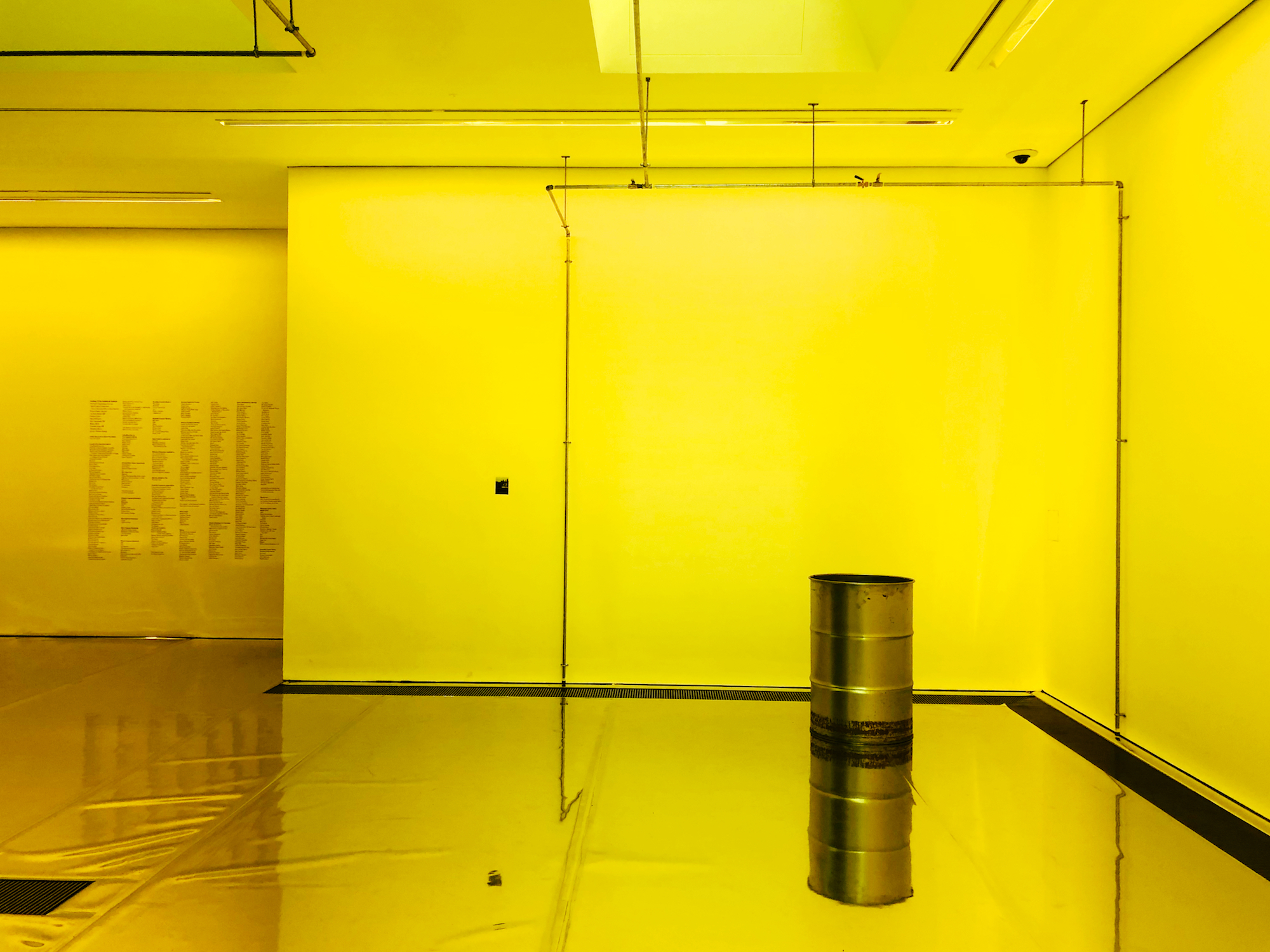 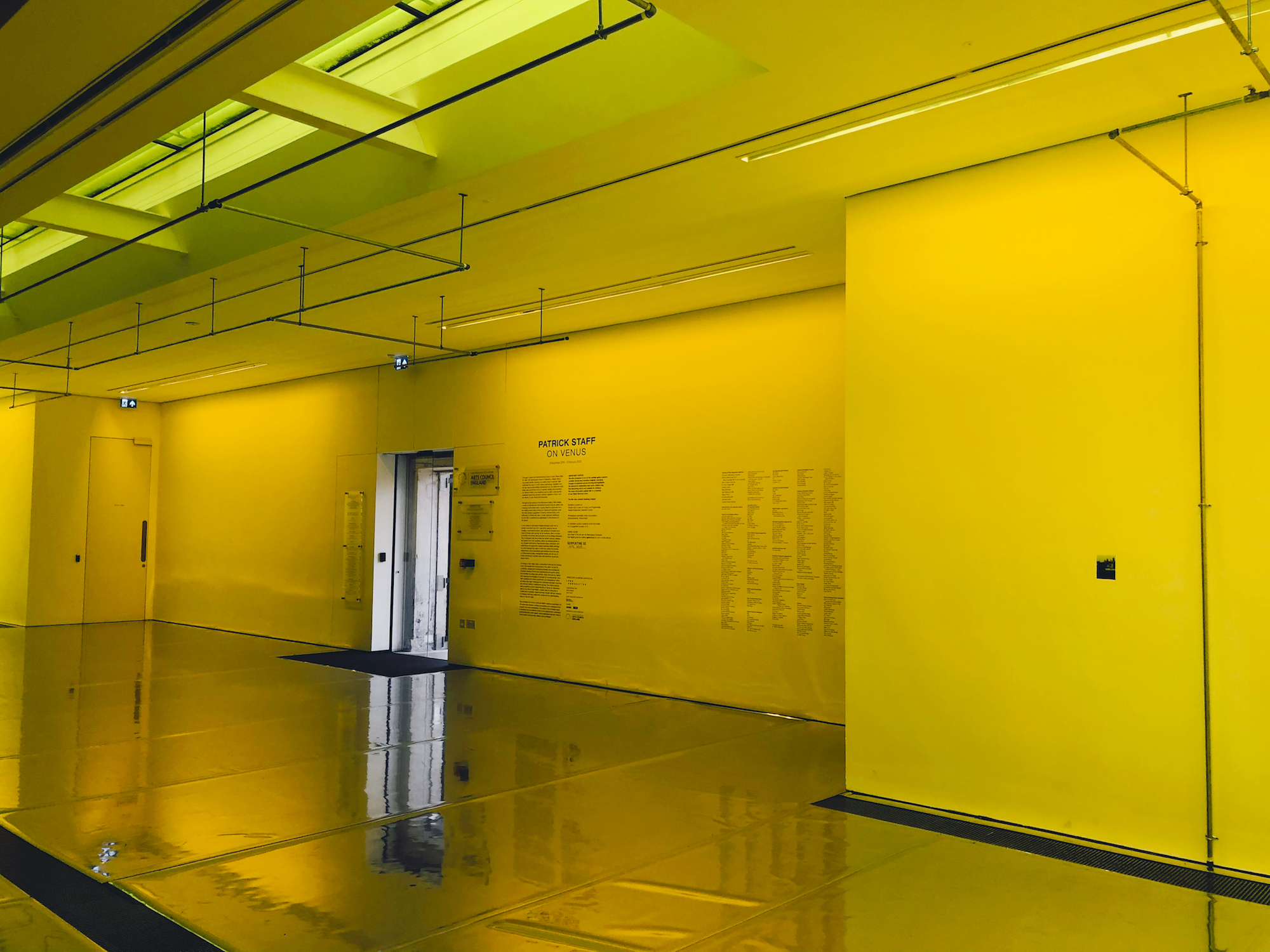 There are two rooms in the gallery. The first room is called “On Living“, some black, acid-based intaglio caught my attention. I walked closer and started to read. There were several carved newspaper reports about a murderer claiming himself a woman. Exploring more in-depth, the thought-provoking story was actually made up; and the news website said “Sorry, we can’t find the page you requested.” 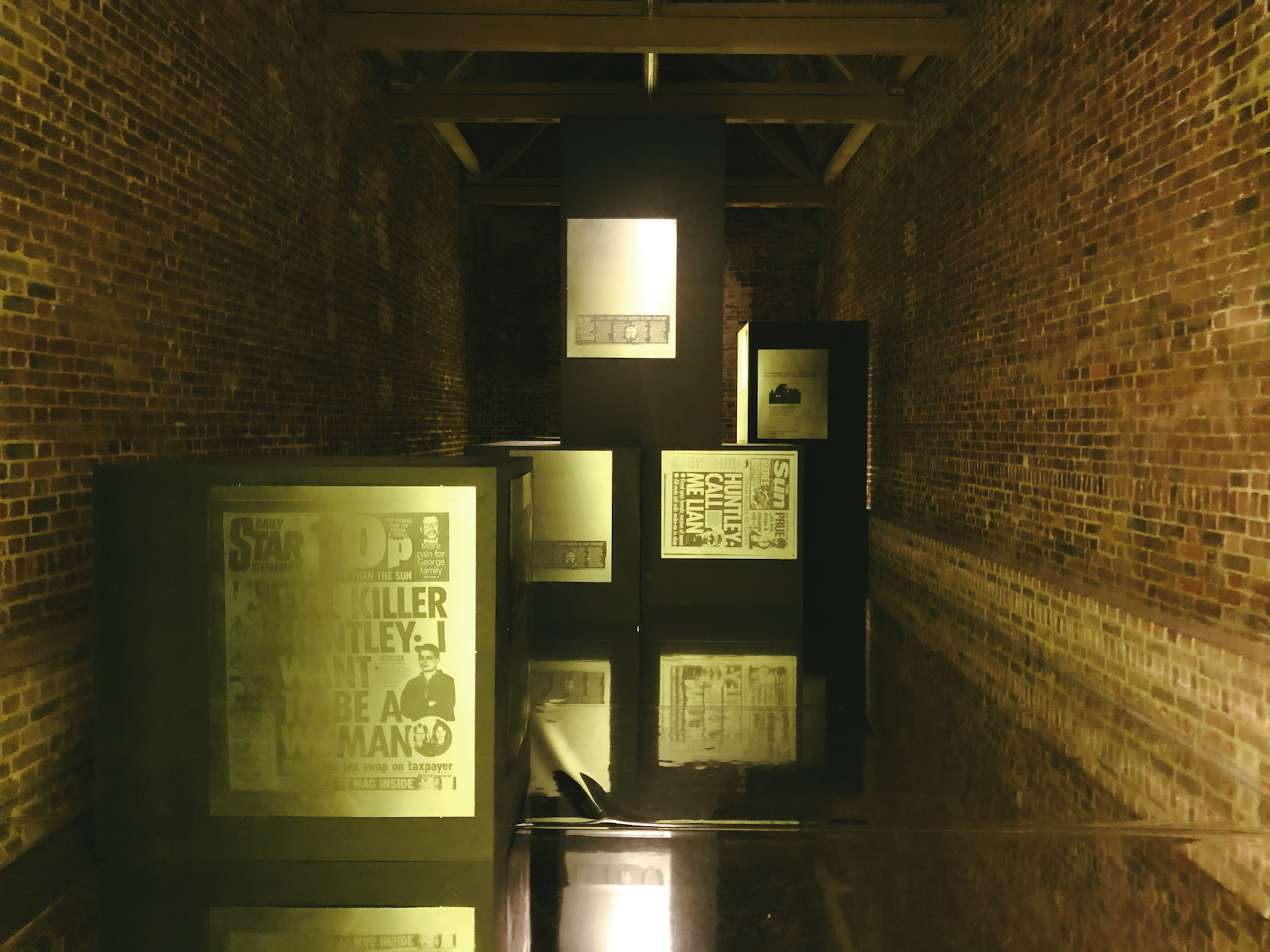 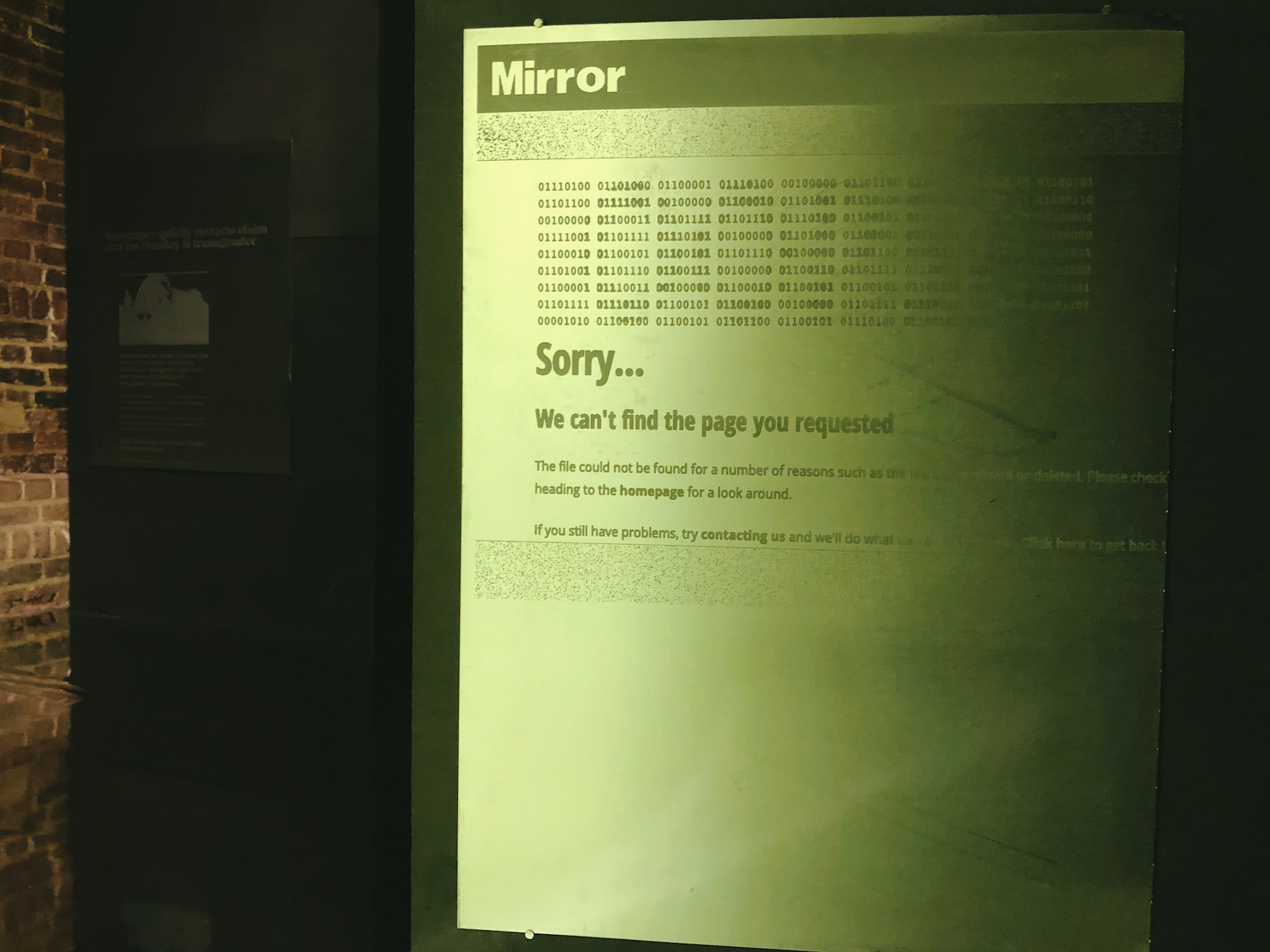 The story was fabricated, the media and the society were fooled, is that all the meaning? Apparently not. The news reports were chosen to show a profound reflection on the society and the media’s attitude toward transgender people. The social and sexual norms put pressure on the queer group, forcing them to bear with an unfair situation. The discrimination from all aspects of their life, even transgender prisoners could face an imbalanced justice system. 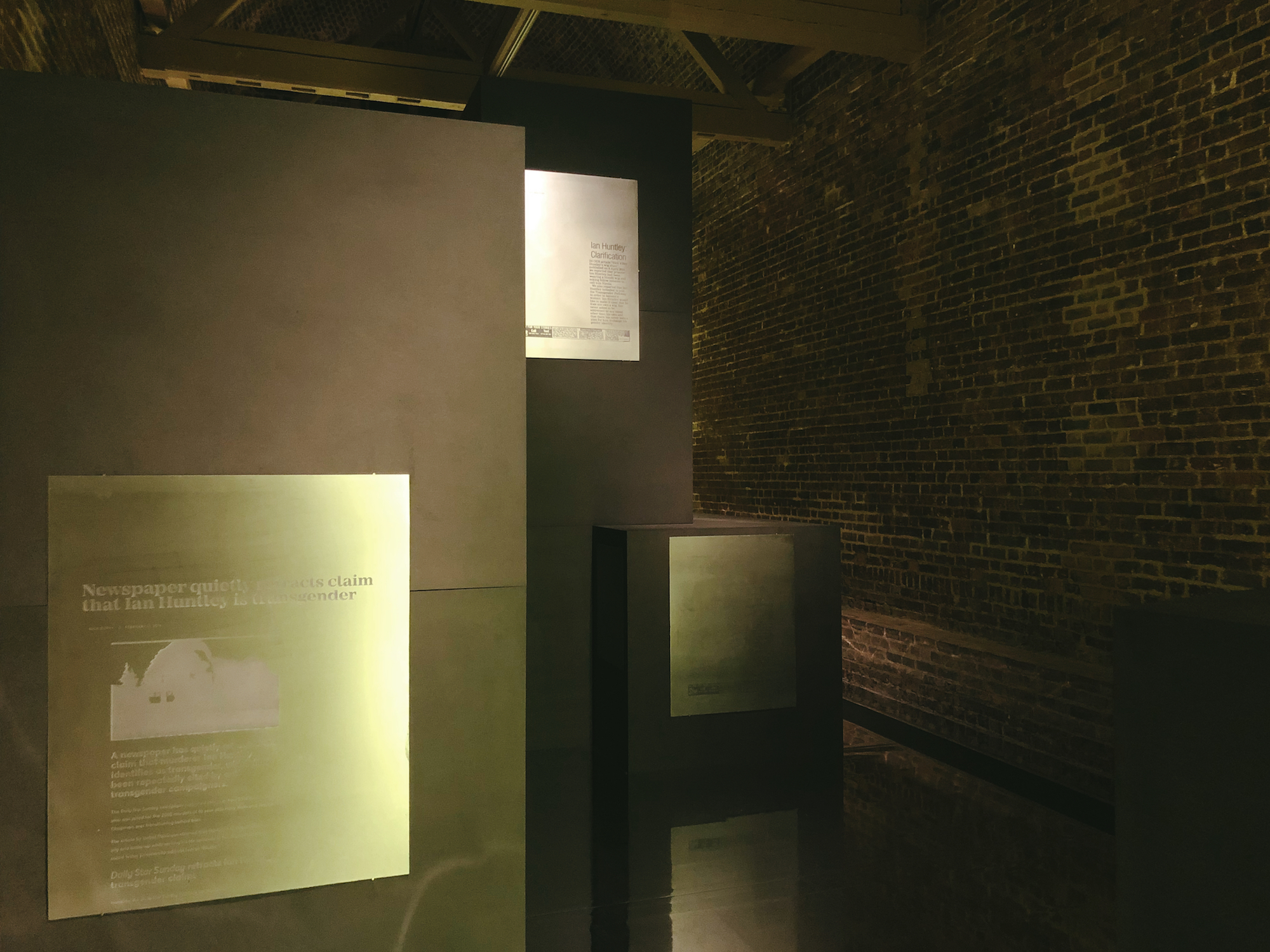 The next room, on Venus, is showing a short video. Along with a warning on the wall, the footage is full of human’s violence mingled with inhuman cruelty toward animals. Some visitors cannot help turning their head away from the screen. Yet, I found more of the meaning behind as the artist was not only criticising the extreme viewpoint that we values ourselves more than other beings, but also transforming such concept to unveil invisible labour usage hidden everywhere on the Earth. The minority just cannot get the respect from the society. 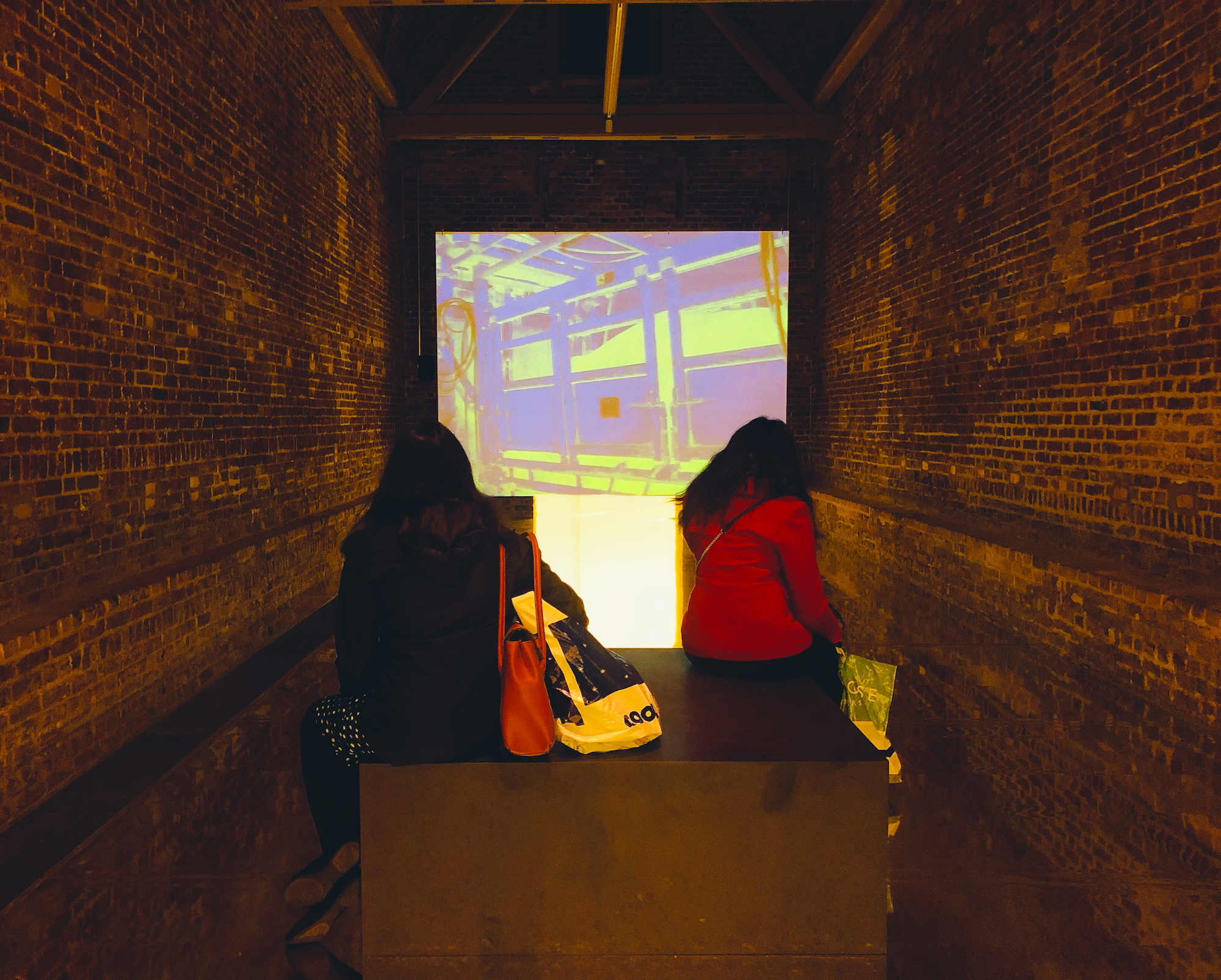 The darkness suddenly shrouded the screening room; and background music kept beating my heart. “On Venus, days outlast years…” Venus is Earth’s uninhabitable sister planet, and is considered no life on it. But then I asked myself, what is living life? And what is unliving life? 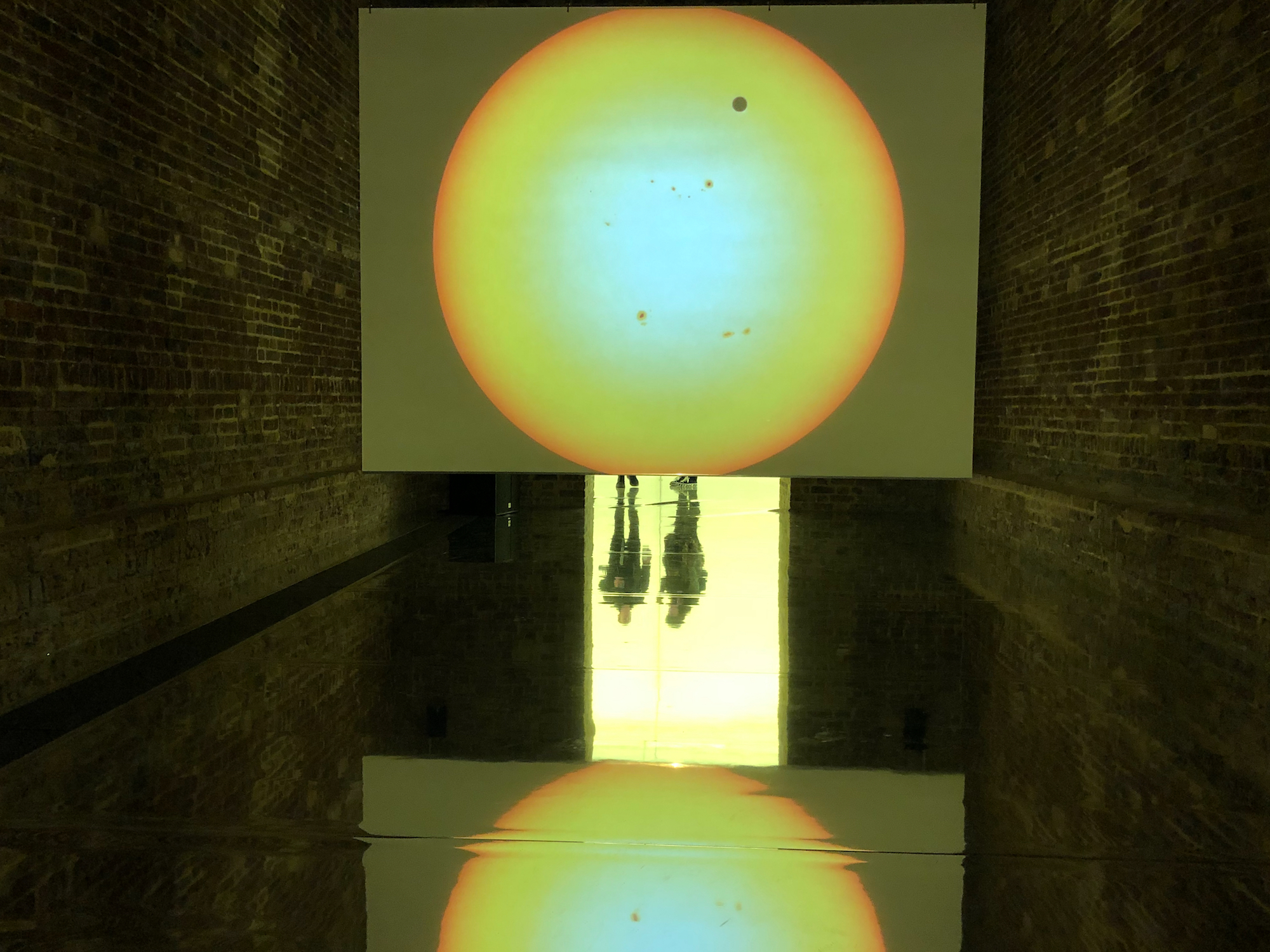 This exhibition is specially designed for the Serpentine Sackler Gallery space with the reflective floor reassuring the visual power of the light, the structure and ceiling clearly showing the pipes. The artist, Patrick Staff, is based in both London and LA. His work mainly depicts cultural contradiction, sex and gender, human and other living creature’s relationship. “Normally you will not find me in my studio sketching sketches, I just talk to different people.” So he is. 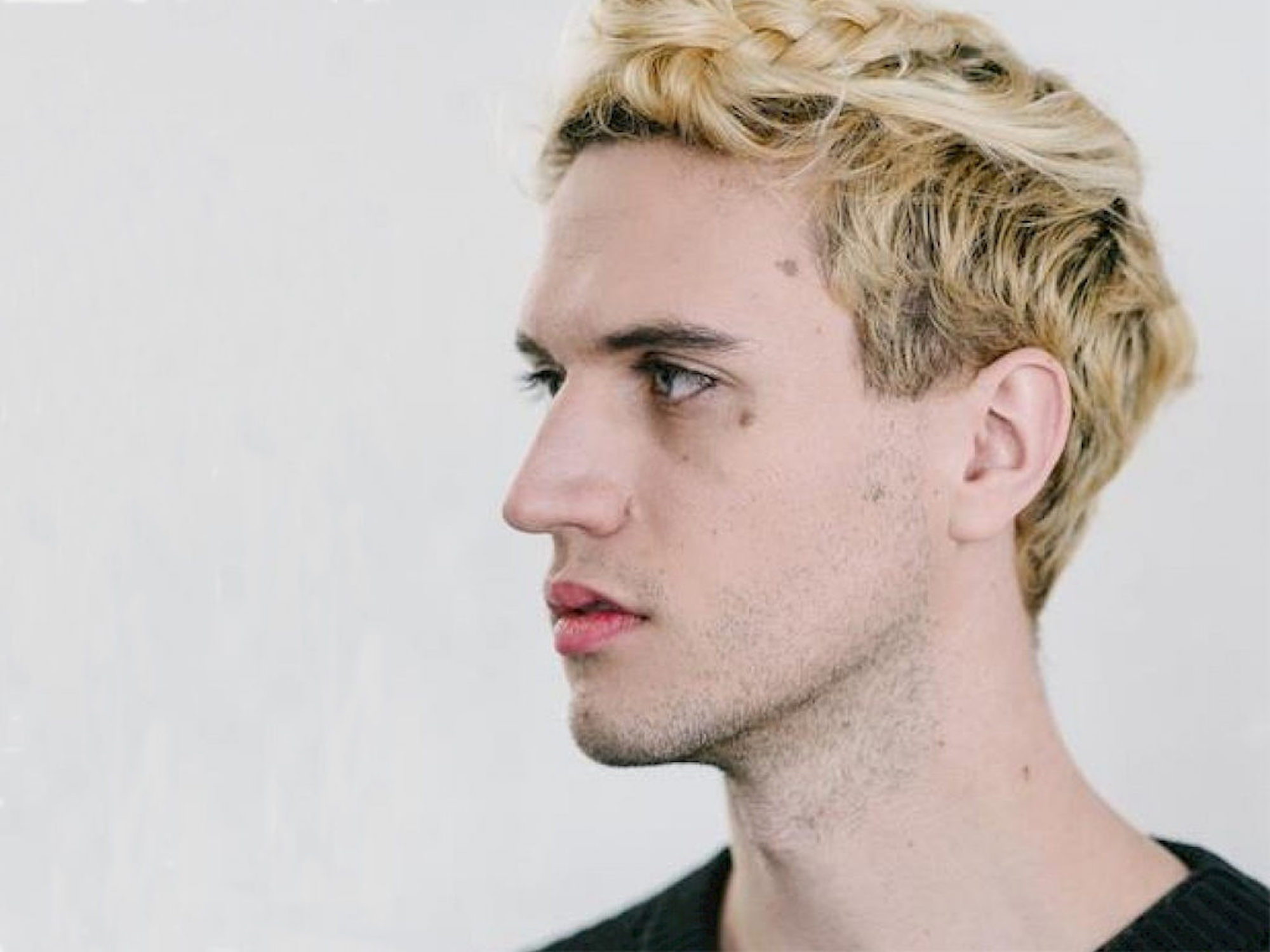 For more pictures of the exhibition, please visit our Instagram @JUZIARTS.