Tate Britain today unveils The Squash, an immersive installation combining performance and sculpture by 2016 Turner Prize nominee Anthea Hamilton. The Squash has been created for the annual Tate Britain Commission, supported by Sotheby’s, which invites contemporary British artists to create new artwork in response to the grand space of the Duveen Galleries. 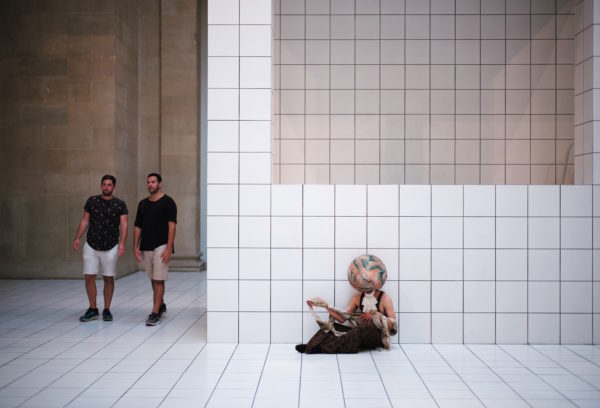 Anthea Hamilton has transformed the heart of Tate Britain into an elaborate stage for the continuous 6-month performance of a single character, dressed in a colourful squash-like costume. Over 7,000 white floor tiles have been laid to span the length of the Duveens and encase a series of large structures that serve as podiums for a number of works of art from Tate’s collection, chosen by Hamilton for their organic forms and colours. The tiles create an immersive new environment within the neoclassical galleries. 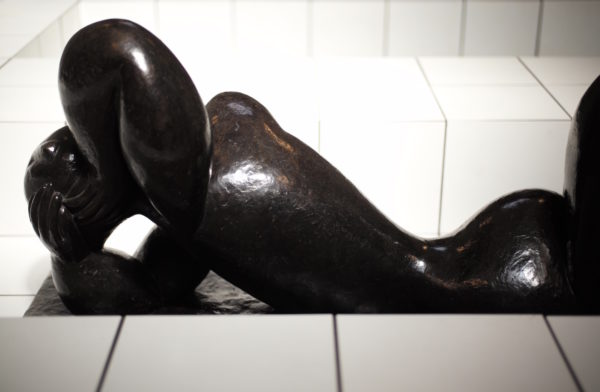 The artist is influenced by the early 20th century French writer and dramatist Antonin Artaud and his call for the ‘physical knowledge of images’, it is this bodily response to an idea or an image that she wishes to examine in The Squash. Each element of the work has evolved from Hamilton’s interest in a found photograph, for which the original source has since been lost. The viewer must imagine its history and intention and it is here the artist brings together tiles, structures, sculptures and costumes, inviting the performer to explore their own interpretation of the image. Hamilton has designed seven costumes in collaboration with Creative Director Jonathan Anderson at the fashion house LOEWE, that incorporate the colours and shapes of varieties of squash or pumpkin. Performers will select a costume each day, informing and reflecting their individual presentation of the character as they inhabit the space. 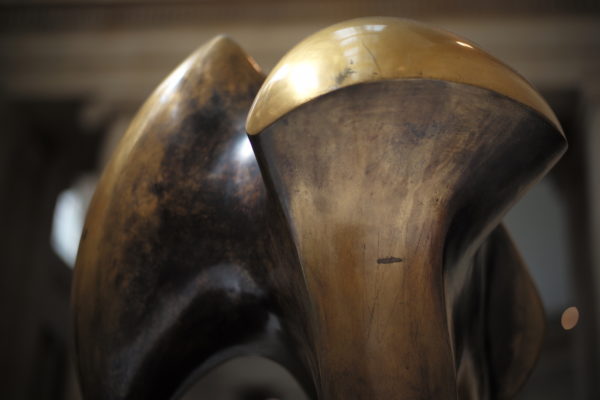 Anthea Hamilton is renowned for her bold, often humorous works which incorporate references from the worlds of art, design, fashion and popular culture. She has exhibited widely with recent large-scale, site-specific installations including her Turner Prize nominated exhibition Lichen! Libido! Chastity! at the SculptureCenter in New York, re-staged at Tate Britain in 2016, and Anthea Hamilton Reimagines Kettle’s Yard at The Hepworth Wakefield. 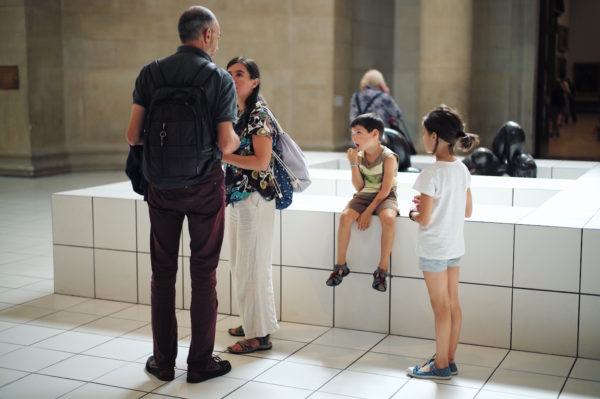 Alex Farquharson, Director, Tate Britain, said: ‘Anthea Hamilton has made a unique contribution to British and International Art with her visually playful works that both provoke and delight. This compelling commission demonstrates her ability to seamlessly weave together captivating images and narratives, creating rich new environments in which to encounter works of art.’ 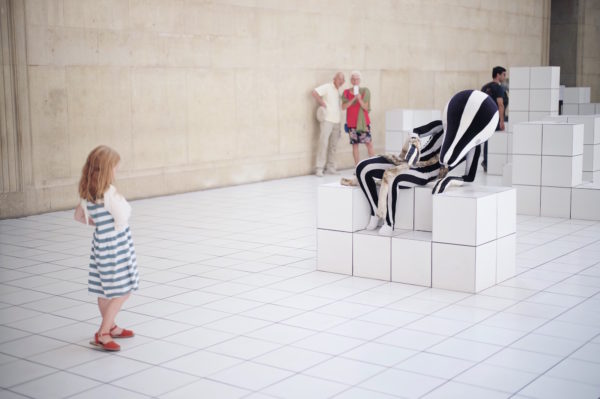 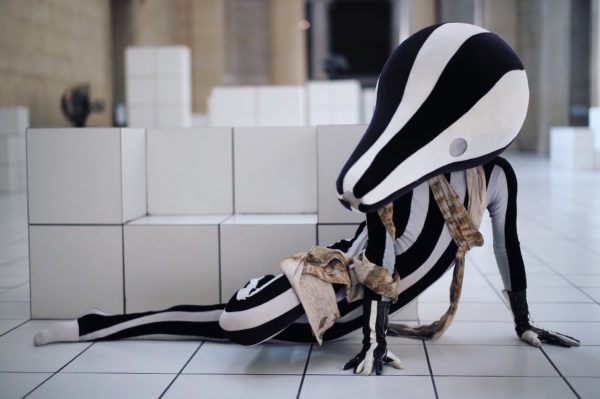 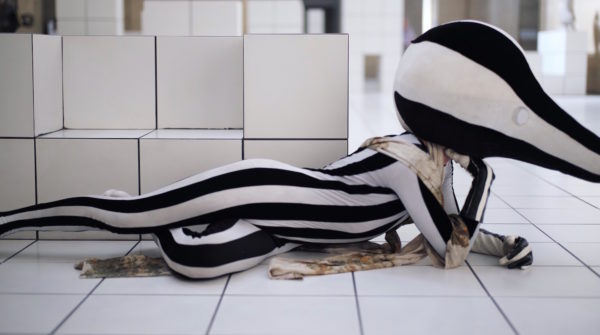 Alex Branczik, Sotheby’s Head of Contemporary Art, Europe said: ‘Every year the ambition, inventiveness and sheer scale of the Tate Britain Commission captivates visitors to the magnificent Duveen Galleries. This year, we are proud to be celebrating the eleventh anniversary of our support for the commission, which is as unmissable as ever with Anthea Hamilton’s remarkable installation.’

Until 7th of October at Tate Britain. For more information, visit www.tate.org.uk

PreviousPrevious post: All Too Human : Bacon, Freud and a Century of Painting Life
NextNext post:Chenchen Hu: Relation between Conscious Control and Unexpected Liberation
This website uses cookies to improve your experience. We'll assume you're ok with this, please click Accept to continue.Accept Read More